Wasps are important pollinators although way less efficient because they are generally not covered with fuzzy hairs. Wasps feed on nectar at flowers for their personal energetic needs (carbs) and search for prey (protein) or hosts (for parasitic young).

Blue Winged Wasps (Scolia dubia) are an interesting case study. They live in the ground and are an important natural control of Japanese Beetle and June Bug grubs. Female blue winged wasps dig their way through soil in search of grubs, burrowing their own tunnels or following those made by grubs. Once a grub is located, she stings and paralyzes it. She then constructs a cell around the host and lays an egg on the outside of the grub. As the wasp larvae grows and matures, it will consume the grub. Many grubs are stung by female blue winged wasps but only a few eggs are laid and stung grubs never recover.

After completing its development during summer and fall, the wasp larva spins a cocoon of silk, pupates, and then passes the winter in the burrow created by the white grub. Fresh new wasps emerge as adults the following August.

We are always happy to see blue winged wasps at our organic farm as they help keep the beetles attacking our plants in check and do not sting people unless captured in one’s hands and smushed. In this picture taken August 15, 2019 at our farm in Southold, the wasps are likely taking a break from selecting mates and mating prior to laying eggs on grubs in the landscape. When not hunting for white grubs, adults can be seen foraging for nectar in wildflowers such as goldenrod and horsemint. Note: we have a bunch of goldenrod AND have seen Japanese Beetles so Shangri-la.

These digger wasps are part of Mother Nature’s system of checks and balances in your landscape – relax in a hammock and let them work. 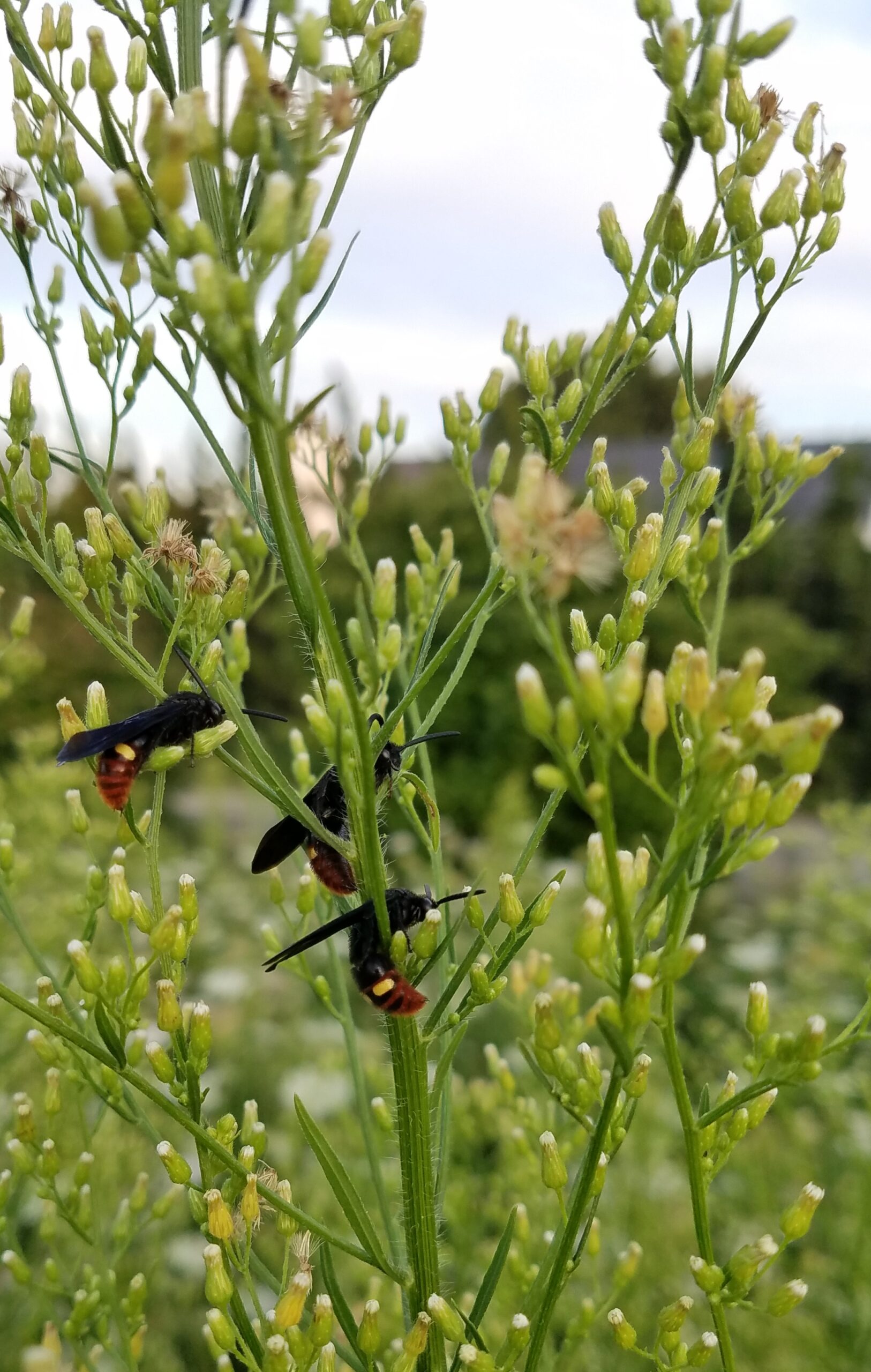